About Us Joy Smith 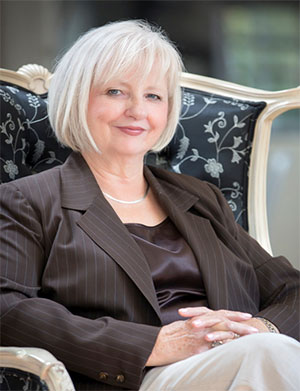 Joy Smith B.Ed, M.Ed, was a teacher for 23 years, a Member of the Manitoba Legislature from 1999-2003, and a Member of Parliament from 2004-2015.
She first became aware of human trafficking from her police officer son, Edward, who was working in the Integrated Child Exploitation Unit (ICE). Over the years she has helped many young victims who have been exploited or trafficked by their abusers.
In Parliament, Joy Smith made Canadian history as the first sitting MP to amend the Criminal Code twice, passing Bill C-268, mandatory minimum sentencing for trafficking of children 18 years and younger, and Bill C-310, which reaches Canadian law into other countries where Canadian citizens or permanent residents traffic or exploit others abroad. These laws provide an incentive for survivors to testify against their abusers, knowing that their perpetrators will be brought to justice under Canadian law. In addition, she wrote the prototype for the Canadian National Action Plan to Combat Human Trafficking. Joy Smith also took a leadership role in Bill C-36, making the purchase of sex illegal in Canada today and reducing the demand for human trafficking.
Joy Smith is known as a leading advocate against human trafficking worldwide, and a champion of women’s rights. She has received many awards, including the Woman of Distinction Award, the Wilberforce Award, The United Nations Recognition of Achievement Award, and the Winnipeg Police Commendation Award. Joy Smith has been named an Honorary Chief by the Assembly of Manitoba Chiefs in the province of Manitoba, and in 2019, she received the highest honour of the Order of Manitoba.
In 2011, she founded the "Joy Smith Foundation”, where she tirelessly volunteers her time combatting human trafficking, and fighting for the rights of women in Canada and around the globe. The Joy Smith Foundation is a registered charity, which seeks to end human trafficking in Canada by raising awareness through education, and by providing funds to frontline organizations that rescue and rehabilitate victims of this heinous crime.

Presented by the Lieutenant Governor of Manitoba on July 18, 2019 to recognize Joy Smith's excellence and achievement in making a mark on the province of Manitoba and its people over the years.

Presented by the Catholic Foundation of Manitoba on April 11, 2019 to recognize Joy Smith's outstanding contributions to the well-being of the citizens of Manitoba in support of Catholic values and causes, through her work to combat human trafficking in the province.

Presented by Soroptimist International of Winnipeg on April 22, 2017 to recognize Joy Smith's significant contribution to improving the lives of women and girls.

Presented by Providence College for Joy Smith's significant contributions to the work of Jesus Christ and His church.

Recognizing dedicated service within the community of the RM of East St. Paul.

Carlson Wagonlit Travel selected the Joy Smith Foundation as one of three recipients of this annual bursary award.

Presented by the Soroptimist International of Edmonton on March 10, 2013, the Joy Award acknowledges women who, through their personal or professional activities, work to improve the lives of women and girls, specifically in the area of Human Trafficking.

Presented by the Winnipeg Police Service on June 25, 2012 in recognition and appreciation of her support and commitment to helping law enforcement officers in the rescue and protection of children.

Presented to Joy Smith, Dianna Bussey, and Diane Redsky on May 2, 2012 for their work to combat human trafficking and sexual exploitation. These women of distinction have stood up to fight for women and children who are vulnerable and at risk.

Presented on October 3, 2011 by UN Women Canada National Committee for her contributions to gender equality through her advocacy of anti-trafficking legislation.

Presented on January 19, 2011 by the First Nations Women’s Council of the Assembly of Manitoba Chiefs (AMC) for her outstanding leadership and commitment to combatting the sexual exploitation of Indigenous women and girls.

Presented by Ratanak International Founder, Brian McConaghy, on December 2, 2010 for her dedication to ending the practice of the modern day slave trade. The Wilberforce Award is inspired by William Wilberforce, a British MP in the early 1800s, who sacrificed his personal and political life to end the Atlantic Slave Trade.

Presented by [FREE-them] on October 3, 2010 at the Toronto Stop Child Trafficking Walk for her ongoing efforts to combat human trafficking.

Presented by Walk With Me on April 15, 2010, for her relentless work to implement human trafficking related policy and legislation.

Presented by MY Canada on November 16, 2009 for resisting the injustice of human trafficking in Canada and abroad.